All at sea – is climate change a losing battle?

Exploring public understanding of what we can do in the fight against climate change. Expert Opinion – Tom Clarkson, Director, Blue Marble Research

When Hornsea Two is completed next year, Grimsby’s East Coast Hub will oversee six wind farms which power 3.2 million homes between them.

The scale and pace of the North Sea’s offshore wind projects is extraordinary – as Grimsby residents can tell you, thanks to the regular newsletters they receive through their letterboxes.

The communication efforts around such major energy projects are increasingly impressive, with school visits, contracts for local firms and funding for community initiatives just some of the other ways in which the project’s developers Orsted are engaging local people.

More broadly, a huge array of household names like Tesco and Sainsburys are increasingly talking to their customers about environmental issues – on everything from plastic waste to tree planting.

But how much of this is getting through? And how much of it all do the public understand?

We recently ran a series of focus groups to explore these themes.

We met a public who are confused about what climate change is and unsure about what they can do to address it.

“Recycling will have more of an impact on climate change than having one less child.”

Almost everyone we spoke to told us that they were keen to be environmentally friendly (to a greater or lesser extent). Protecting the environment is seen as the right thing to do and many are making changes to their lives in line with this.

But most of our participants were fundamentally confused.

We asked our participants to rank a list of environmentally friendly behaviours, from most effective at tackling climate change to least.

Our focus group participants consistently placed recycling at or towards the very top of the list – above buying renewable energy, flying less or driving an electric car. When we explored this further, many participants struggled to explain why they believed recycling was so effective.

Many had a very limited (if any) understanding of the relationship between greenhouse gas emissions and climate change.

Indeed, when we showed the groups information about the relative impact of these activities (which indicated that recycling has a smaller impact on carbon emissions than reduced flying or buying renewable energy), some told us that we were plain wrong.

Even where participants were more comfortable with the language of greenhouse gas emissions, they found it tricky to navigate the complex trade-offs that emerge from this heightened level of understanding.

One more knowledgeable group debated whether it was better to eat a meal which included vegetables flown from South America or one which included beef from the farm down the road. Where we reach the limits of our understanding, many of us find it hard to get simple answers to these seemingly difficult questions.

“Eating a plant-based diet? Plants are good for the environment – why would we want to rip them out of the ground?”

A key challenge for communicators and policy-makers is that when we think about how we can answer the pleas of David Attenborough et al, many of us call to mind a broad set of behaviours that we consider “environmentally friendly”.

We often conflate these, either mistakenly or unthinkingly, with actions that will tackle the causes of climate change. This makes it easy for us to pick and choose behaviour changes which suit our lifestyles, reassuring ourselves that we are “doing our bit” for the environment while potentially also putting the future of the planet on the line.

Of course, environmentally friendly activities such as recycling are important and good things for us to be doing. Indeed, they often play some role in tackling climate change, even if this is not as significant as we might imagine.

But if politicians in Westminster, Holyrood and across the world see addressing the climate emergency as the major priority for the next 30 years, then the confusion around the major steps necessary to actually achieving this will make it harder to prompt behaviour change where it matters most.

Policy wonks tell us that greening the UK’s energy supply through projects such as Hornsea Two is, in some respects, “the easy bit” of the decarbonisation agenda.

Replacing gas boilers and rolling out electric vehicles are likely to be much more challenging – particularly if the public are unsure why they’re being asked to make these big, and potentially expensive, changes.

Polls show widespread support in the UK for the fight against climate change. Yet individual policies designed to help us do this are more controversial, as the recent boiler backlash indicated.

Unless the public understand the link between the two, it’s likely to be a losing battle. 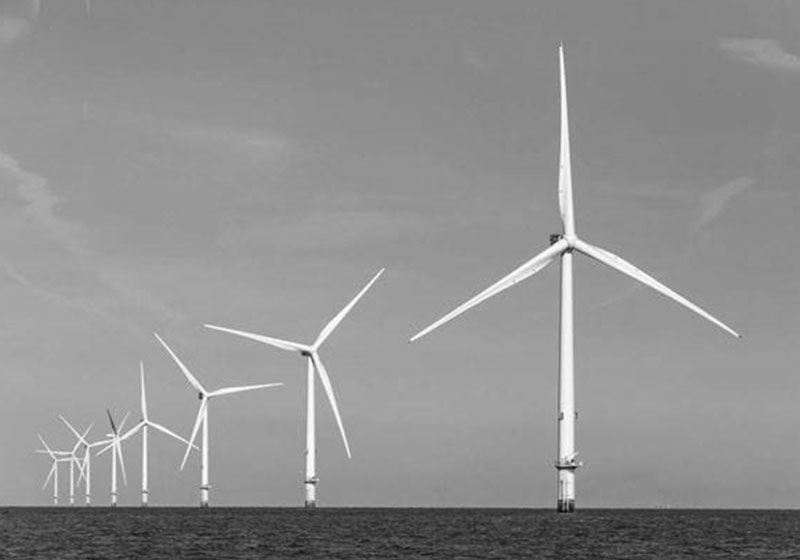