And The Band Played On

As the newly elected First Minister of Scotland was announcing her Cabinet, a picture re-emerged on social media of her with some of the party’s stalwarts back when they were young.

The photo, taken at a party conference in 1989, could easily be mistaken as a publicity shot for an exciting new Scottish band though the fashions on show suggest they’re not entirely clear what genre they’d be in.

The 19-year-old Nicola Sturgeon looks like the enigmatic lead singer of a post punk outfit from Glasgow’s south side who ‘can’t be arsed with this publicity crap’.

Fiona Hyslop gives off a distinct Deacon Blue vibe while a very sensible looking Angus Robertson seems to be thinking he’s the bass player in Bruce Hornsby and the Range.

The relevance of the pic is that the “band” — let’s call them ‘Scottish Government’ — has achieved a helluva lot since those innocent days of youth. And like many 80s acts, they’re getting back together for a brand new album grandly titled “It’s Time To Give The People A Say”.

Given the march of time, there’s been a few line-up changes. Only Robertson and Sturgeon remain from the original line up and in any case let’s not talk about Alex, the founding member who left in difficult circumstances and whose spin-off outfit Alba was last seen playing 90s covers in the back room of a pub in Elgin.

Robertson, the new MSP for Edinburgh Central, returns a couple of years after losing his Westminster seat as the new minister for Getting A Referendum or to give it its official title, Minister for the Constitution.

There’s no doubting Robertson’s qualities as a big beast of the party and seasoned pro on the political and media circuit. But his return to the front line might also highlight a potential weakness in the Sturgeon reshuffle; the new look looks a lot like the old look.

John Swinney, another stalwart was moved off his difficult education brief to take on Covid recovery. That’s a smart move. Swinney for all his trials at education is respected and liked by the business community and helped calm much of business down before the 2014 vote. He fills a gap that’s been there for a while.

There were some promotions and new faces such as Mairi Gougeon but she’s been given the relatively straightforward gig of rural affairs.

The big jobs are in the hands of the tried and trusted.

Kate Forbes may not have been around the Cabinet table for that long but she falls into the trusted category. Thrust into the limelight after the embarrassing demise of Derek Mackay, she handled that instant promotion well and is now entrusted with the most far-reaching brief within the new Government.

She was, as expected, given the finance and economy brief but her full list of duties reads like the ingredients of cereal packet.

Could the interesting double act of Forbes and Swinney be the key to building more business support for the SNP?

The question is whether this reshuffle represents the need for the FM to retain control over everything by keeping her trusted allies in post or highlights a lack of experienced potential ministers.

It may be a bit of both given the FM is always close to the detail. But after 14 years in power, it’s hard not to conclude that the Holyrood bench isn’t as strong as it could be though to be fair, that may partly be because of the party’s overall success after all it’s had to fill around 50 slots at Westminster as well.

But what does this mean for business?

Forbes’ appointment will be welcomed as will the retention of Ivan McKee at trade and enterprise – although there’s now a separate minister for net zero and covid recovery – all of which surely should have been wrapped up together if Scotland is to turbo charge its post-Covid, sustainable economic recovery.

Much of the political commentary barely mentioned the economic brief which may be a symptom of Holyrood navel gazing – but whether you’re for indy or not, building the economy should be the main priority and Scotland needs some new ideas backed by action.

Maybe that’s what the clever Forbes will deliver.

The SNP manifesto promised a new strategy for economic transformation within the first six months.

Let’s be optimistic about that even if it sounds an awful lot like another committee headed by another familiar figure who comes up with a very familiar report that everyone forgets about after six months.

Scotland’s future should be too important for that to happen.

The global pandemic has created a global competition for resources which will be won by those who recover the best. Scotland has many advantages but you need to use every one of those advantages to get ahead of the pack and stay there.

For all its popularity and success with its previous releases, ‘Scottish Government’ won’t be able to rest on the laurels of a successful fourth “album”.

Thoughts will already be turning to the next one which they hope will be called “Going it Alone”.

Its success may depend on whether what happens now is going to be something bold and innovative or a rehash of what’s gone before. 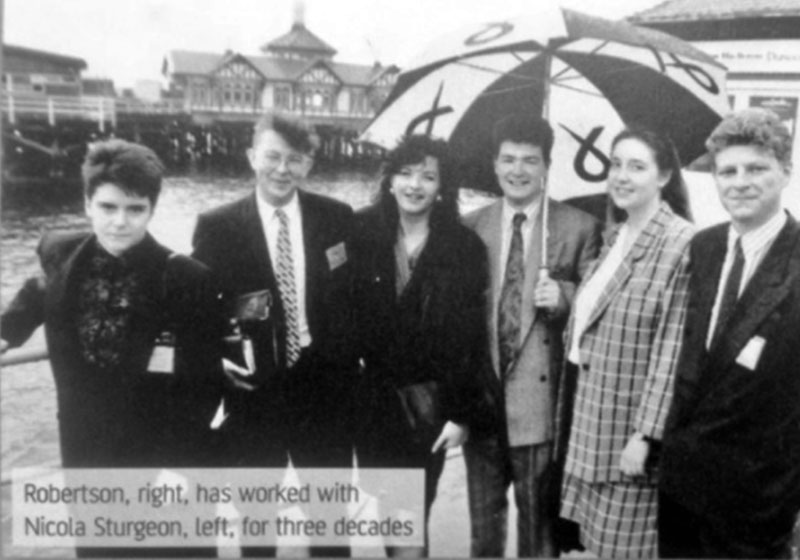