Carbon capture: walking the line between Levelling Up and the Union?

In the mid 2000s, I spent a couple of days in and around Aberdeen for a feature I was writing about how the oil industry was diversifying.

The focus was on how they’d begun to move further from pure exploration to providing world class expertise in other related fields.

It was paying off and the local economy was booming as many parts of the world turned to firms in the region who’d built up that expertise during the boom years. One guy told me a story of how he’d flown to a remote part of Western Australia for work and when he got off the plane in Oz, there were a couple of others he didn’t know disembarking at the same time who had been on his first flight when it departed Aberdeen.

There was a was a real sense then that the north east of Scotland was going to play a significant global role as the energy sector moved to its next phase. I also spoke to a couple of firms who’d re-purposed themselves from supporting oil and gas to focus more on renewables and the next stage of cleaning up after oil and gas.

“And we are ideally placed when the technology allows us to begin carbon capture in a cost effective way,” I was told. “It’s a no brainer.”

Fast forward to 2021 and the UK Government has just announced the location of its first carbon capture project and it’s not in the north east or even Scotland. Sites in the Humber and Liverpool have been chosen. The Acorn site at St Fergus in Aberdeenshire, which has been described as “shovel ready’, will instead be on the reserve list. That may be totally meaningless unless there’s funding to keep it going in the meantime.

North of the Border there’s bafflement at the decision. The engineering skills honed by workers in the oil and gas sector will be essential in making carbon capture happen so why not choose Scotland? With COP26 about to begin, the UK Government has begun announcing projects and setting targets to bolster its green credentials. Could it even be as simple as picking a Scottish site would be politically unattractive just now?

Back in 2014, Ed Davey, the then energy minister in the Tory/Lib Dem coalition and now the knighted leader of the Lib Dems, promised the world’s first gas fired carbon capture project would be based in Scotland. In the run up to that year’s independence referendum, he said it wasn’t a bribe but “it’s a fact that if Scotland was to vote for independence it would be more difficult and more expensive (to do it)”.

Politics always plays a part in these decisions. You would have to be incredibly naïve to think that that was not factored into this week’s decision no matter how it has been spun. Would the UK Government really have made a big green announcement benefiting a part of the UK run by an opposition party just before COP26?

For Scotland, more worryingly perhaps, could this be the first of a number of similar decisions? There’s even been cross border political wrangling over the location of new freeports for example. The not so subtle message being that if you want jobs and investment from Westminster, then you need to toe the Union line.

The Tory victory of 2019 was built on a Red Wall in the north of England that turned Blue. The “levelling-up” agenda worked on people who had largely supported Brexit a couple of years before because they felt left behind and under invested. That they didn’t blame the party of Government for that and voted them back in remains something of a mystery though the FT reported this week that Labour would stop attacking the Tories over alleged ‘pork barrel’ politics because voters actually quite like it.

Having captured those seats, the Tories now have to deliver real change if they are to retain them so why would you invest in a part of the UK that has a significant support for separation as opposed to a region that might be crucial to you winning next election? And as the SNP complain about this, it’s worth considering whether the Scottish Government might be taking a similar approach, even sub-consciously.

The political map of Scotland, for example, shows a swathe of blue running across the south of the country from Berwickshire to Galloway and many points in between. Here the governing SNP’s representation is limited to a few MSPs. When you look at the Scottish Government’s own inward investment plan from last year, it’s striking that while there is an Inverness and Highlands city region (and an Islands one) the Borders are lumped into the Edinburgh and South East city region which when broken down seems to mainly features examples around Edinburgh and Fife.

The region needs investment especially in infrastructure, There is a very good economic case to extend the Borders rail line to Carlisle, improve rail journey times between Edinburgh and Newcastle and properly dual the A1 south of Dunbar and the A75 across Dumfries and Galloway but it’s hard to see these being high on the Scottish Government’s to-do list.

That may be why there are calls for the Scottish Borders to work more closely with its counterparts just across the border to deliver their shared priorities and there’s even been talk about some direct UK government investment in infrastructure even in areas, like transport, that are devolved.

The Conservatives have much to do to prove their levelling up programme in the North of England is going to deliver — Rishi Sunak’s Budget next week will be well watched to see evidence of that — but across that region there are many interest groups strongly making the case, some even across the political divide. Scotland has those too but they don’t seem to have the same political clout in Edinburgh.

The current Scottish Government has a lot of work to do to convince business that their vision for the Scottish economy — critics might ask if there is one — can be delivered. They seem to have tied much of their economic thinking into the climate change agenda which bolsters their green credentials. It’s no wonder then that the Scottish Government is angered at the carbon capture location decision coming on the eve of world leaders arriving in Scotland for COP26 but if the UK Government continues to be politically savvy, this might just be the start of more of the same. 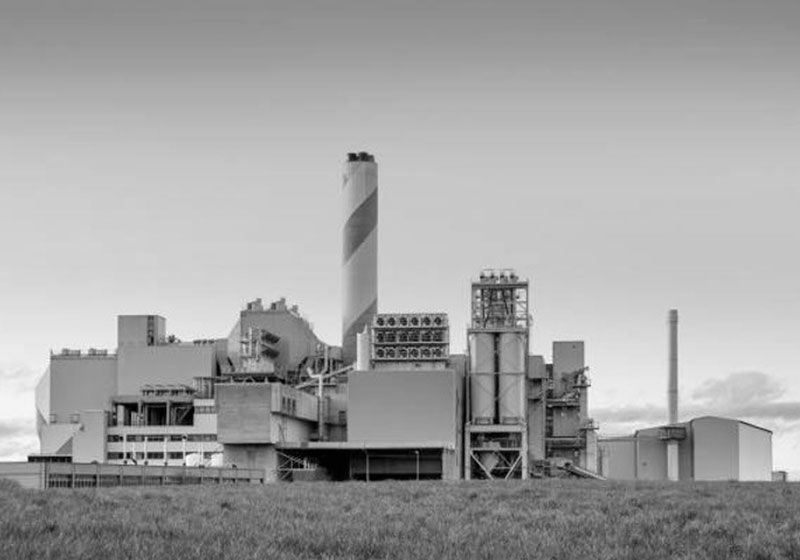