For Richer, For Poorer. Till Death Do Us Part?

Cooperation agreements between political parties may be a bit like a marriage but as we know, half of all marriages end in divorce. Is it too pessimistic to think there’s a high chance the impending nuptials between the Scottish National Party and the Scottish Greens will end in a messy, acrimonious divorce or worse never even make it to the …

Cooperation agreements between political parties may be a bit like a marriage but as we know, half of all marriages end in divorce.

Is it too pessimistic to think there’s a high chance the impending nuptials between the Scottish National Party and the Scottish Greens will end in a messy, acrimonious divorce or worse never even make it to the wedding day?

In the immediate aftermath of May’s Scottish elections, it came as a slight surprise when Nicola Sturgeon quickly entered into discussions with the Scottish Greens on a cooperation agreement.

Sturgeon and the SNP won 64 out of the 129 seats up for grabs. With her party missing out on a majority by only one seat, the smart money was on a decision to run as a minority government as has previously been done by both Alex Salmond’s SNP government in 2007 and Sturgeon’s own SNP government in 2016.

Instead, the SNP leadership has taken the riskier road of coalition, and a path many a Liberal Democrat would tell you has every chance of ending in a big mess after they were punished in the polls for their coalition with the Conservatives.

The question that came to mind was ‘why the need for a cooperation agreement?’

In previous years, SNP governments have relied on confidence-and-supply arrangements with the Scottish Greens. In 2007 the SNP government brokered deals policy-by-policy with both the Scottish Greens and the Conservatives. But Nicola Sturgeon might be looking to create more stability for her government after a rocky end to her previous term as first minister, with the Conservative party calling a vote of no confidence.

The immediate assumption is that it’s to bolster the SNP’s indyref2 campaign. With the Scottish Greens drawn into a more formal arrangement with the SNP, there will be a clear pro-independence majority in the Scottish Parliament with 71 of 129 of the MPs being in favour of a second referendum.

The SNP is adamant that despite the UK government’s current opposition to the idea, there will be a referendum before the end of 2023, a policy due to be confirmed at the party conference next month which will likely set out the SNP’s agenda for the road to an independent Scotland.

Whilst the SNP and Greens are naturally inclined to agree on this particular issue, they have a laborious uphill battle in terms of persuading Boris Johnson to allow a second referendum. Michael Gove, Minister for the Cabinet Office, has stated that he does not expect another independence referendum to go ahead before the next general election in 2024.

With Glasgow being the host city for COP26 in November of this year, part of the SNP’s decision to get into bed with the Scottish Greens may also stem from a need to show the party as environmentally progressive, bolstering Ms Sturgeon’s credentials and providing a much-needed PR boost, as the Scottish government looks to avoid being side-lined at the UK government event.

Rather significantly, and potentially embarrassingly, in the past two years Scotland has failed to meet its climate targets. This will undoubtedly be a source of contention between the SNP and Scottish Greens, which could be further exacerbated by the controversial Cambo oil development planned for a site off the coast of Shetland.

In previous years, the SNP has refused to endorse Scottish Green demands for an end to North Sea oil exploration. Whilst the First Minister has written to Boris Johnson asking him to reassess the Cambo development after the UN’s devastating IPCC report setting out the scale of the climate emergency we face, it is highly unlikely that this will satisfy the Scottish Greens, especially with climate campaigners branding the letter as nothing more than a PR exercise.

Death stares are being thrown across the two sides of the church before they’ve even walked down the aisle.

Some in the SNP are concerned that taking a hard-line stance against the oil industry could cause discontentment with the party in the North-East of Scotland weakening the fragile hold the party currently has on the area.

Conversely, the Scottish Greens co-leader, Lorna Slater has made it abundantly clear that Sturgeon and the SNP need to “get serious” on the climate emergency in order for the two parties to broker a deal. In 2019, the Greens abstained from a bill committing to achieving a net-zero target by 2045 as they did not believe it went far enough. It is unlikely that the First Minister’s letter to the Prime Minister will be received warmly by members of the Scottish Greens, who will want a more significant commitment.

Critically, under Scottish Greens’ rules, party members must approve a Holyrood deal at a special conference before it can come into force, which is expected to go ahead on August 28. If the Scottish Greens do not get a commitment on ending further North Sea oil exploration, could this particular marriage not even make it to the altar?

This not the only area of contention. They have radically different views on income tax, with the SNP promising to freeze income tax for this parliament whilst the Scottish Greens want further reform and the addition of a millionaire’s tax, which would result in anyone with wealth and assets such as property, land, pensions valued over £1 million paying a 1% tax annually. Furthermore, the SNP has made a commitment to upgrading and improving the A9 to dual carriageway status. This actively contradicts Scottish Greens manifesto promises to cease funding to road building projects that would add capacity to the network and redirect funds to more environmentally friendly methods of transport.

So, will the two parties be able to agree on anything beyond an independent Scotland? Every marriage is a compromise. At this rather advanced stage, there are still some fundamental questions that remain unanswered and if they can’t sort them out, how long will it actually be before messy divorce proceedings start? 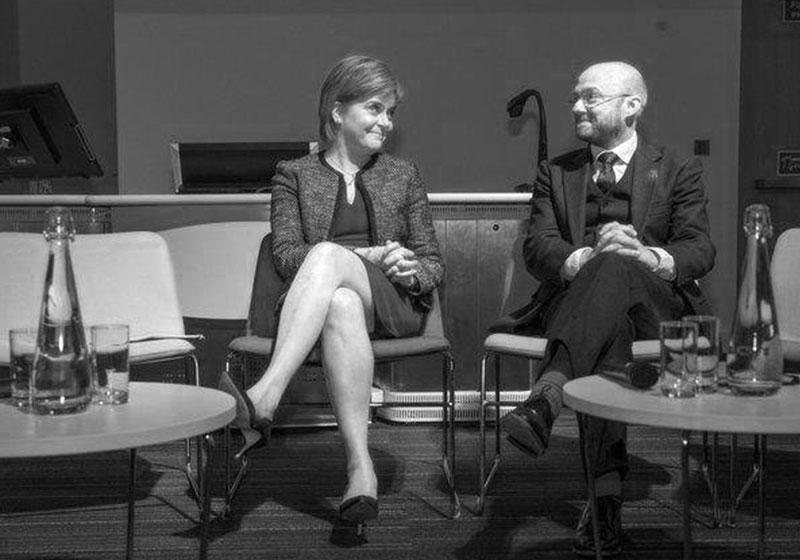