Happy Christmas, war is over. Almost.

It may almost be Christmas but many Labour MPs are already thinking about the summer of 2024.

On top of that, if the next General Election is after late summer 2023, it will not be on the current Parliamentary boundaries but on those not yet finalised by the Electoral Commissions in England, Wales and Scotland. If Labour wants to be ready to fight that election, it needs to get itself battle ready as soon as possible.

In the run up to the deadline, we’ve already seen some Labour MPs announce that they will not stand again — including former Deputy Leader Harriet Harman, Stockton North’s Alex Cunningham, Huddersfield MP Barry Sheerman and former chair of the Public Accounts Committee, Margaret Hodge.

It’s likely that more will do so after they have gone through and won their ‘trigger ballots’. Being ‘triggered’ means the MP has to face a full selection process after failing to be endorsed in a truncated process in which each party branch (made up of Labour Party members who live in the geographical branch or ward) and affiliated organisation branches (Trade Unions, Socialist Societies and the Coop Party) gets to vote on endorsing the sitting MP to stand again.

If unsure of their decision, going through their trigger keeps all options on the table. Politically, it also puts the MP, and to an extent the Party leadership, on the front foot on how and when they manage their decision or their succession.

Uncertainty about the timing of the next General Election, and what the Parliamentary boundaries will be, forms a challenging backdrop for MPs to make their decisions and is a huge organisational and political challenge for all parties. While the Conservatives are in the driving seat on both decision making and inside knowledge, all parties need to be ready to fight for keys to №10 whenever the election is called.

The new Parliamentary boundaries will see the distribution of seats across the UK shifting with the biggest decrease in Wales of eight, Scotland, the North East and North West of England all down by two, the East and West Midlands down by one overall but an increase of ten overall in the South East and South West. The revised proposals clearly favour the Conservative Party by five to ten seats according to different estimates; a relatively small but potentially very significant advantage.

The Conservatives have a lot more flexibility over candidate selection and how they organise as a party, which forms a lot of the backdrop to the flux around boundary changes and their link to the timing of the next election. There have been different rumours and briefings around timings and what is under active consideration by №10. As well as being ready for a 2023 election in the traditional month of May, a 2023 election in November is seen to have big advantages to the Conservatives.

The central advantage is that it would be fought on the new boundaries, assuming they have been passed by Parliament, which means all of Labour’s current work on triggers and selections would be largely redundant. Labour’s internal practices, rules and set up means reorganising all of their constituencies on the new boundaries is a huge task. Redoing triggers, or agreeing shortened versions, reconstituting branches and constituency parties, agreeing the splitting of property and resources would distract Labour far more than the Conservatives in the run up to an election.

The Conservatives thinking is also that the advantage brought by Labour’s larger membership and activist base would be hampered in a winter election — less able to be utilised on the ground to increase voter turnout, historically a bigger challenge for Labour than the Conservatives.

And all of that will be easy compared to the political management challenges where the new boundaries, and the decrease in seats, primarily in Wales and the North, brings the challenge of sitting Labour MPs standing against each other for selection. The Conservative’s flexibility gives them much more efficient ways of dealing with that conflict which may also end up being a factor in No 10’s decision making.

The re-selection of Labour MPs has been a real front in internal Labour party battles since Jeremy Corbyn’s leadership win in 2015. The changes that Corbyn’s office brought in pre-2019 failed to bring the wholescale deselections that they were designed to enable but they did ensure that in the run up to the 2019 election, huge parts of the Labour Party were distracted by running them, trying to ‘take out’ sitting MPs or trying to defend them.

‘Triggers’ were originally conceived to save lots of time and unnecessary processes that produce completely obvious results, and politically, to safeguard sitting MPs from organised attempts to destabilise, while at the same time guaranteeing a continued power for Trade Unions in the process. Up until 2015 they were only ever really localised focal points. MPs rarely, if ever, lost a trigger ballot, and only really when they lost the confidence of the local members and the unions.

This time around, the rules are largely back to where they were pre-Corbyn albeit with an electoral college that prevents the affiliates from outvoting the local branches and there is unlikely to be a large number of successful operations to trigger sitting MPs. Indeed, you might be better watching out for some contests where more left-wing MPs are actually more at risk of being triggered than moderates.

Labour have calculated that they have to go through these processes now to make sure they are ready for an election battle despite the risk that the Conservatives may well decide to hold it after the new boundaries come in to being.

How the boundaries end up falling, and how they affect key Conservative figures, could easily be key to the decision on the timing and whether the current reselection contests in Labour will need to be done all over again. Labour’s internal war over selections may appear to be almost over but if the boundary changes go through, MP v MP contests will be the next front. 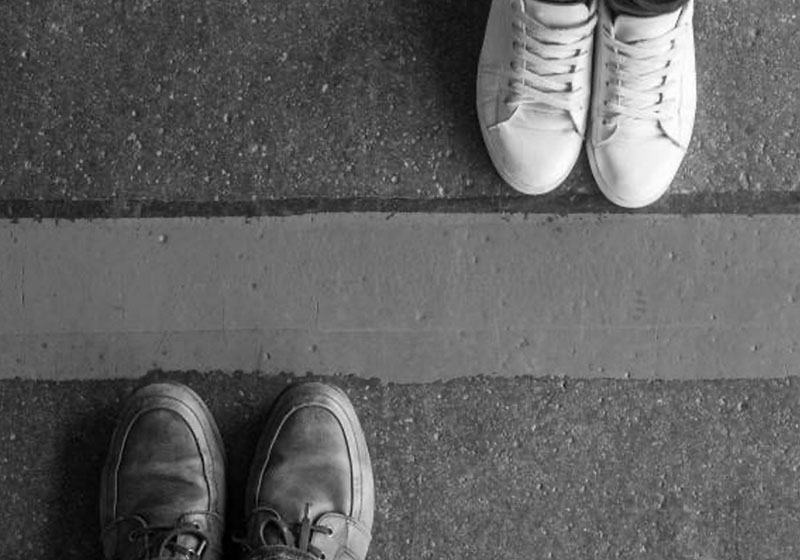