Hindsight, foresight, or in plain sight — a story of how the little guy can win

It’s the late autumn of 2005, and the Stockholm School of Economics is hosting its annual entrepreneurship competition. Student start-ups from the university’s incubator SSE Business Lab will be pitching their ideas to a judging panel and, in proper Dragons’ Den-fashion, receive a verdict, feedback — and, hopefully, capital. This year’s panel is full of big shots: H&M’s Chairman, McKinsey Sweden’s …

It’s the late autumn of 2005, and the Stockholm School of Economics is hosting its annual entrepreneurship competition. Student start-ups from the university’s incubator SSE Business Lab will be pitching their ideas to a judging panel and, in proper Dragons’ Den-fashion, receive a verdict, feedback — and, hopefully, capital.

In front of them, a 23-year-old takes the stage.

He and his co-founders, two fellow SSE students, have spotted a business opportunity in e-commerce that is just taking off in Sweden — but there are trust issues: merchants don’t want to ship products before getting paid, while customers are equally reluctant to pay before receiving them.

The young entrepreneurs think their company can step in as a third-party, paying merchants upfront on the customers behalf. This leaves the customer owing the company, but with a generous 30 days to repay, they can comfortably wait for the order to arrive first. By essentially absorbing the full risk for both parties, this model could truly revolutionise online shopping.

Or, so they believed — but as he wraps up his pitch, the jury looks unimpressed.

The student, if you haven’t guessed it already, was Sebastian Siemiatkowski, and his two co-founders Niklas Adalberth and Victor Jacobsson. Their company? Klarna.

After raising another $639 million in its latest funding round, the company has reached a staggering $45.6 billion valuation. The ‘big banks will do it better’ thesis pushed by the judges fell apart — certainly in the eyes of customers, to whom Klarna presented its interest-free, buy-now-pay-later (BNPL) option as a rescue from the exploitative credit card companies.

We can question whether BNPL services are truly clean from exploitative behaviours themselves — but for better or worse, they have certainly revolutionised the online shopping experience. According to a Worldpay report, BNPL accounted for 1 in every 50 global e-commerce transactions in 2020. Accelerated by lockdown shopping, that share is expected to double by 2024.

Those Swedish judges may have overlooked something on that late-autumn day in 2005, but can we really blame them?

Two decades ago, it would have been hard to imagine a future where start-ups could compete with big, established banking systems. Traditional banks had deep expertise; they had reputation, history, size, and perhaps most importantly, they had the hard-won trust of their customers.

But even hard-won trust eventually turned out to be quite, well, easily lost. Public scepticism towards traditional banking following the 2008 financial crisis gave digital challenger banks an edge — and with British start-ups like Monzo, Revolut, and Starling leading the revolution, the UK became the renowned fintech centre of the world. Today, the UK Fintech sector contributes around £7 billion to the national economy and makes up 10%of the global market share. In 2019 alone, it attracted $4.9 billion of investment — more than the next five European countries combined.

Yet, we’ve had lots of talk lately about whether the UK could be at risk of losing this leadership status (or in fintech-lingo: experiencing disruption). The HM Treasury-commissioned Kalifa Review of UK Fintech, published in February this year, identified three major threats: Brexit, Covid, and overseas competition.

Whilst no single country seems to stand out as the main rival for the fintech crown, the general sense that ‘others are catching up’ is profound. This includes big players like the US and China, but also small countries who are punching above their weight. Take where we started this story, for example: my home country, Sweden, with its 10 million population. Klarna leapt out of Stockholm, not London, and its valuation exceeds that of British Revolut, Monzo, and Wise, combined. Is it just an anomaly?

A closer look at the country suggests not. $0.8 billion went into the Swedish fintech sector in 2019, and whilst that doesn’t measure up to the UK’s whopping $4.9 billion, it’s enough to claim a 3rd place on the European leaderboard. Per capita, though, Sweden beats both the UK and Germany to 1st. And like many of its Scandinavian neighbours, Sweden is an innovation leader beyond fintech too, ranking 2nd on the Global Innovation Index, where the UK ranks 4th. Besides Klarna, seven other unicorns have also leapt out of Stockholm, including Tink, the open banking platform recently acquired by Visa for $2.2 billion. In unicorns per capita, this makes Stockholm second only to Silicon Valley.

And for what it’s worth, my lived Swedish gen-Z experience agrees with these numbers. Swedish society was already well on the way to cashless by the time I was managing my own finances, so the first time I ever used an ATM was, in fact, after moving to the UK in 2017. And still today, I find myself missing some of the conveniences I always took for granted at home: like my digital ID, or Swish, the mobile payment system used by 80% of the population.

Of course, newcomers like Sweden can’t compete with the UK in some more intangible areas. After all, the UK fintech sector has deep expertise; it has reputation, history, size, and perhaps most importantly, it has the hard-won trust of its customers…

But… that sounds a bit familiar, doesn’t it?

I wonder if that’s because the biggest threat to UK fintech isn’t actually Brexit, Covid, Sweden, or any other country — just like fintech never was the real threat to traditional banking. The kryptonite to both systems has always lurked within them: complacency.

It is increasingly clear that established players and new entrants must collaborate to meet ever-evolving customer expectations — but it’s easy for the big to overlook the small when their ego gets in the way.

The big banks did it with start-ups, and that judging panel certainly did it with Klarna. If the UK wants to keep her fintech crown, she can’t afford to make the same mistake. 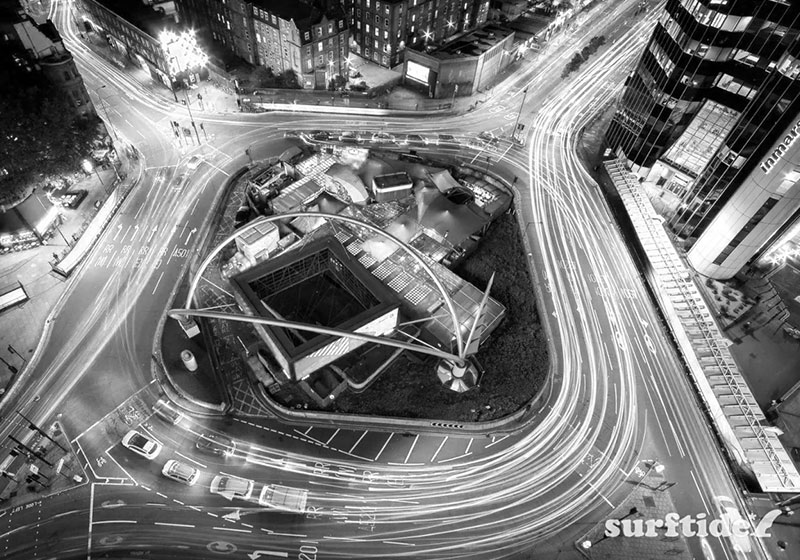