There’s a Harry & Paul sketch in which Harry Enfield plays Tony Blair on his first day as a part-time adviser to the investment bank ‘Lorgan Stanley’. They’ve forgotten they appointed him when he stood down as Prime Minister and are taken by surprise when he turns up at reception.

‘Blair’ is eventually sent on a coffee run for everyone — “Caffe Nero is nearer, but we prefer Starbucks” — mixes up the order, accidentally crashes his computer before being sent to ‘help’ in the post room.

It’s a first day shambles that may seem familiar to many an intern but probably not what he actually experienced when he took on a $1m a year part-time role with US investment bank JP Morgan after leaving Downing Street in 2007. There were questions about his suitability for investment banking but it’s unlikely they were hiring him for his ability to get a decent café latte, or even crunch the numbers.

Many companies are only too eager to pay for politicians’ advice. In Blair’s case, he was no longer a serving MP so there wasn’t any conflict but the sheer scale of second jobs for some serving MPs that’s been talked about over the last week has been absolutely astounding.

For example, Geoffrey Cox, the former Attorney General is being paid hundreds of thousands of pounds to provide legal advice to the government of the British Virgin Islands and even took advantage of Parliament’s Covid protocols to vote remotely from the Caribbean. It’s now alleged he used his Parliamentary office to take part in a video hearing on the case. Then Sir Ed Davey the Liberal Democrat leader defended the £78,000 he gets from second jobs he said he needed another because his disabled child needs 24/7 care.

It’s difficult to see what Cox’s moral defence could be. At that rate of remuneration, being an MP appears to be his second job but his arrangement seems to be within the rules. While people will sympathise with Davey’s personal circumstances, his total earnings were around £150,000. Davey said he was acutely aware that his own circumstances allowed him to do this but it’s within the rules and he says he campaigns for proper support for others in his position who are less fortunate. He was a bit more equivocal when asked if the rules should change to stop second jobs by giving MPs a larger salary. I wonder why?

And what is even more astonishing, all these things are happening in plain sight; all of it is declared in the register of interests.

Why do companies want to employ MPs? One MP’s response when asked why companies were paying him thousands of pounds was something like: “You’ll have to ask them.” Well, it’s not to do the photocopying; it’s influence or the perception of influence. There may be examples where some are working for companies in areas where they have a particular expertise but what makes them special is their membership of an exclusive club in SW1.

If you’re someone on an average wage, MPs salaries are ridiculously high. If you come from wealth or have been successful in building your own business it may seem more like loose change but surely we accept that we have to pay our elected politicians something reasonable otherwise politics becomes the preserve of the rich and the privileged?

But how do you stop them from having second, third or even fourth jobs? It’s been said that doing so gives us a rich tapestry in Parliament but is it right that this means some earn so much they could easily buy an actual rich tapestry?

Maybe the way to look at this is from the other side. Companies could simply stop employing serving politicians but that might be as straightforward as asking the Moon not to rise. In our own sector of strategic communications, there are examples where companies have brought in serving politicians as paid advisors. The PR industry bodies frown upon it and for good reason; the separation between lobbying and politics has to be significant even if the counter argument is that the employed politicians aren’t lobbying.

At 56° North, it’s something we simply wouldn’t do. Now you may think it’s easy for us as a young company finding its way in the world to make bold claims about what we’d do if we were much bigger, but it actually isn’t. The opposite is true. Some may see a shortcut to success by bringing in a “name’ that helps open doors though others argue that this is simply a way of ensuring they have the correct expertise to help clients.

But trust in politicians is important for everyone. We want to see people attracted to public service to serve the public rather than thinking about how it means they can push their rate card up to £800 an hour.

The vast majority of politicians aren’t in it for the money. Most have a real sense of public service. I have met very few of whom I’d say I was suspicious about their true motive. In my experience they are rarer than a sighting of Boris Johnson wearing a face mask in a hospital but that doesn’t mean the current arrangement is ok and it’s clear the rules needed reviewing.

Some will say this is an over-reaction. There will always be a few bad apples. It doesn’t mean the barrel is rotten. Well, it’s becoming more difficult to tell and anyway, there are a large number of ex-politicians or civil servants bobbing around who could provide you with the best advice you can get without any of that conflict. You can even pay them a whole lot of money but maybe don’t ask them to get the coffees. 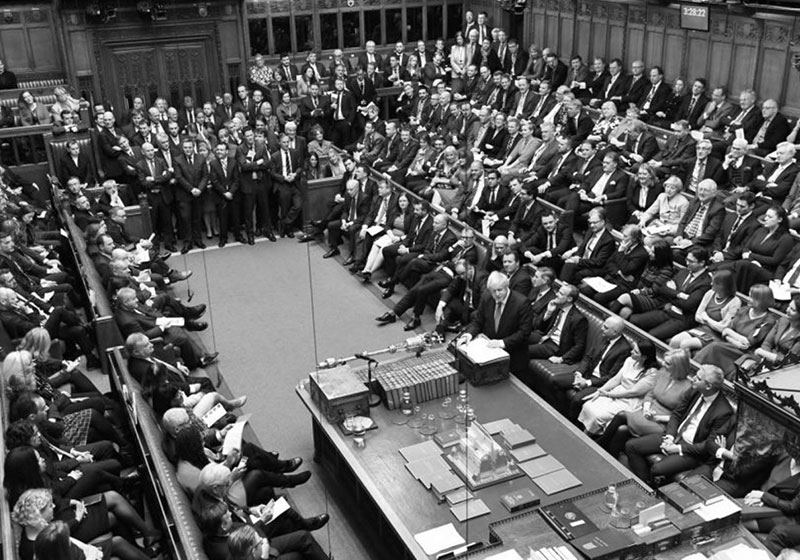