With Boris Johnson and his warring party making government look more like a particularly bare-knuckle episode of HBO’s hit show Succession, the mood within government is one of frustration and resignation.

The frustration comes from knowing that had the business about No10’s parties not smashed its agenda into pieces these last few weeks, the government would have a pretty decent story to tell just now. As the country emerges from a weakened Omicron, it is becoming clear that Mr Johnson called it right over Christmas in reigning back on restrictions. None of that is coming through however.

The resignation comes from the gnawing sense that, no matter what senior civil servant Sue Gray declares this week when she finally reports back, this won’t be the end of it. Blood is now in the water; Mr Johnson has been palpably hit; it will never be glad confident morning again.

Here in Scotland, the frustration is felt similarly. In the slow-burning phoney war of attrition over independence and the Union, the UK Government has had a pretty decent few months of it over the summer, autumn and winter. The prospect of a second referendum on independence seems as far off as it ever has. Work on the ground to show the UK Government is supporting projects around Scotland is beginning to bear fruit. Last week, the Government even signed of a long-delayed Intergovernmental review which is designed to promote more joint working and cooperation between it and the devolved administration in Edinburgh. The narrative could have shifted in their favour, as the government seeks to set out a more reasonable face. Yet none of this has impinged on the public consciousness — not when the Tory party currently resembles a cage fight.

But as for a sense of resignation? Certainly not. Last week, the Scotsman published the first poll in the wake of the Johnson scandal. While four out of five Scots think Mr Johnson should quit over the affair, and a majority think it has damaged the case for the Union, actual voting preference on independence has barely budged — the population is still deadlocked at 50–50. After five years of chaos at Westminster, it appears voters in Scotland have detached their dim view of Tory elected leaders from their take on the future of the UK. Government figures in Scotland are therefore taking some comfort, albeit of the chilly variety.

I’d suggest that rather than being a major constitutional issue, the Johnson affair is better seen as an interregnum in the debate over the Union. And whenever and however it ends, the underlying factors in that debate will continue to be the same. The truth is that Scottish public opinion has ossified on the question of independence. People aren’t sure what to back. Equally, while opposition to a referendum also continues to remain in place, though Scots do not want to rule one out completely. As a consequence, the Scottish independence debate now has a kind of Zombie existence: neither alive nor dead, just staggering along blindly. Watch the weekly First Minister’s Questions session just now as you will see the political equivalent of Groundhog Day — the issues may differ, but the dividing lines around the Union and independence are wearily familiar.

Will anything shift this dial? All eyes should be focussed for that on Nicola Sturgeon. The First Minister has insisted that all talk of a referendum should be held off until the pandemic is over. But with Omicron receding, on Sunday, she confirmed she intends to bring forward fresh proposals on independence in the coming weeks. With an increasingly impatient party and activist base behind her, it’s likely she will make her move soon, insisting that the UK Government grants her the power to hold the mythical second referendum. Mr Johnson (or whoever it is in power at that point) will say no. At that point, the SNP will likely head to the Supreme Court and hope that a protracted battle about Scotland’s “right to choose” will win over some of the swing voters in the middle. These voters currently couldn’t care less about a referendum but, ever attuned to the sensibilities of the Scottish electorate, the SNP may feel that the threat of England refusing them a referendum will be enough to persuade them to change their minds. It seems that the SNP plan to is to hope that, through sheer weight of pressure, the UK Government can therefore be persuaded to change its mind.

A better use of everybody’s time might be to insist that we all focus less on these matters of process and instead examine the substance. A sceptical electorate deserves real and honest answers from the SNP on the key questions around currency, the border with England, and the future relationship with Europe. Similarly, those of us on the pro-Union side should be framing a clear vision for the future of the Union built around the values of cooperation and solidarity. At the think-tank I work for, Our Scottish Future, this is what we are seeking to do.

We’ve seen in recent weeks that the UK Government is making progress too. Quite whether that work ever evades the shadow of Mr Johnson’s soap opera is another matter entirely. 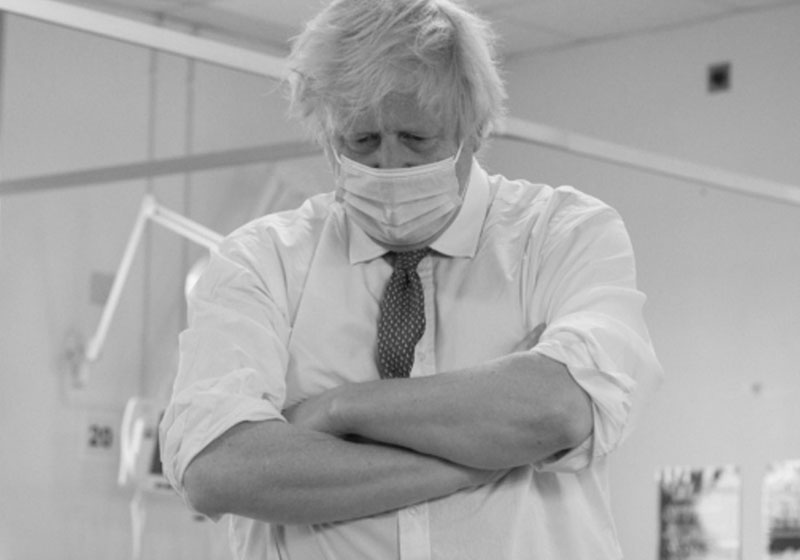