With local elections in England upon us, all eyes are on Metro Mayors.

This will be only the second Mayoral election for most places which first secured deals – and the first for West Yorkshire, where based on the vote shares at the 2019 General Election, Tracy Brabin is heavily favoured by the bookmakers to become the first woman Metro Mayor anywhere in the country, including London.

The absence of any female Metro Mayors has been a blight on an otherwise transformative project- that for many has been about taking back control in those parts of the North that voted to leave.

As voters go to the polls, an interesting picture is starting to emerge. According to pollsters (including Northern Powerhouse Partnership’s own polling conducted by Opinium), the two most high profile of the incumbent Conservative Metro Mayors are expected to be re-elected, despite this being over a decade into a Conservative government, first in coalition and now with a large majority.

In the West Midlands, Conservative Mayor Andy Street is predicted to win comfortably on first preference votes alone, with 54 per cent compared to Labour candidate Liam Byrne’s 37 per cent, the lead widening further on second preferences.

Meanwhile in the Tees Valley – once another Labour stronghold – Conservative incumbent Ben Houchen is predicted to win by 16 points, taking 63 per cent of the vote compared with just 37 per cent for Jessie-Joe Jacobs, his Labour opponent.

This was a narrow win last time, against the odds. If the Tories also win the Hartlepool byelection, they could be seen to have been elected on the coat tails of the big B on Teesside, not Boris but Ben – Ben Houchen.

The charismatic politician has already opened the door to seats like Redcar which without him would not have fallen in the 2019 General Election. He won the first time when Theresa May was Prime Minister who was not a huge hit on northern doorsteps by any measure.

While we didn’t conduct polling for either Greater Manchester or Liverpool City Region, it is clear that neither Andy Burnham nor Steve Rotherham are in any real danger of being defeated, unassailable personally as well as tribally popular.

While some commentators interpret Mayoral voting intentions as simply a microcosm of the national political agenda – and as an implicit judgement on either Boris Johnson or Keir Starmer – to understand what’s really going on, it’s important to look a little closer to home.

Incumbency is having an effect, with Andy Street significantly ahead of the General Election result vote share, chosing to never run as a party man but on his record in business having run John Lewis.

Outperforming this week how his own Prime Minister did when the election was Boris versus Corbyn in the West Midlands would be a huge win.

In the four years since they were elected, each and every one of the northern Metro Mayors has well and truly made their mark.

In Liverpool, it’s been decisions like the creation of the Apprentice Travelcard, which allows young people to access better job opportunities through discounted public transport.

In the Tees Valley, it’s translated to a new base for the Treasury and taking the local airport into public ownership.

This is devolution in action – and it’s working. Voters are seeing these changes for themselves and it’s set to pay off in the polling booth.

According to NPP’s polling, around 48 per cent supported Ben Houchen’s decision to take Teesside Airport into public ownership – just 10 per cent disagreed. Meanwhile, 63 per cent think that the Treasury’s new base in Darlington will make a positive difference for the region.

In West Yorkshire, by a margin of five to one, voters back the idea of taking control of buses the way they are run in London, showing support for Andy Burnham and Greater Manchester’s Labour civic leaders in a contest where he isn’t even on the ballot paper.

As Keir Starmer said of Andy Burnham the other week “this is what Labour looks like in power” – a genuine antidote to the Corbyn political hangover. Even in the 2017 and 2019 General Elections the Metro Mayor appeared with candidates in their literature much more frequently than the party leader.

Exuding credibility and seriousness in a way which the voting public were sorely missing from the party nationally yet denied even a speech at party’s conference by the Leaders Office at the time.

Metro Mayors can act as a channel for people to make their voices heard – a local champion to make the case for investment to central government, someone to plan a long-term economic strategy, drive growth and create jobs.

Yet Whitehall remains reluctant to cede powers and funding to local leaders.

Devolution when it works is about co-operation – local and central government working together to make the most effective use of funding, much of it existing committed money which could be spent better.

By giving local leaders the tools to make change in their communities, Whitehall might find more ready and willing partners. More likely to engage and compromise, as those like Steve Rotherham and Dan Jarvis have proved able to do with respect across Whitehall from officials and Ministers alike.

In order to truly rebalance the economy and build back better from the pandemic, Metro Mayors should be trusted with more power to do their job.

Voters are now waking up to the power of devolution – let’s hope those two institutional bastions of Whitehall and the Lobby do to.

The world of Westminster needs to respect the mandates after Thursday, and understand England no longer needs be as over centralised as it is today before the voters are forced to take sides. I would predict they’d opt to go for take back control again. 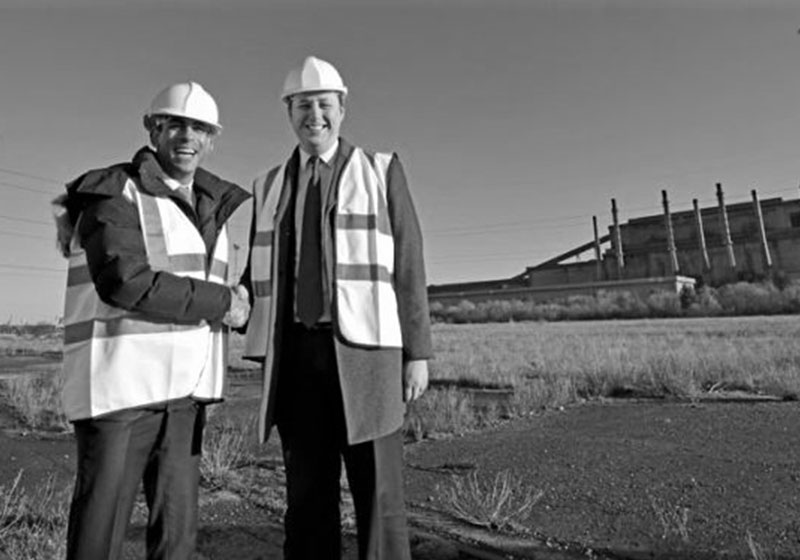