As we shiver outside pubs drinking cold beer in groups of six, we can warm ourselves with the thought that it’s not long before we’ll be allowed inside. And with that, as even more of the economy opens, a return to the workplace is also on the cards.

It won’t be for everyone. Focusing on harnessing the positives from our new favourite abbreviation WFH, the Government is getting in on the act with a new ‘flexible working taskforce’ and some kind of blended approach will probably emerge.

The chance for some to reset the previously unattainable work life balance is a real positive, but for others it’s just lots of extra time to work — no commute, no travel between meetings — and speed up the time it takes to make things happen.

The acceptability of joining a meeting by Zoom rather than having to travel for just one or two meetings, is a definite win for those of us in the North who do a lot of work in London and Scotland.

But there’s another huge opportunity here for business and trade unions to reset relationships.

The pandemic has seen some real successes in joint-working by business and trade unions.

A lot of that is unseen, jointly pushing Government in the background for regulatory changes — while the ‘Covid response’ from trade unions, from campaigning on PPE, support for the self-employed, to mental health, has been immensely valuable to both their members and to business.

Unions have shown how important they are, but at the same time Covid has brought real challenges for the collective union movement as well as individual trade unions.

Recruiting new members and remaining relevant to existing ones is the bread and butter for unions. But doing this when many workplaces and businesses are facing huge challenges in navigating the pandemic- never mind lockdown- is undoubtedly a real challenge.

With the impact on some sectors like steel and manufacturing still not fully felt and employees bracing themselves for the end of the job retention scheme, many unions are re-examining their organising models.

It will be fascinating to see how virtual organisation is used in tandem with workplace organising in the ‘new-normal’.

After decades of decline, trade union membership has now risen for three consecutive years and nearly 1 in four employees remain members of a union.

Some unions have grown during the pandemic through a mix of new joiners, particularly those representing health and education, and with better retention rates than normal.

But unions representing members in retail or other sectors hit hard by redundancies are facing real recruitment challenges.

It’s particularly interesting that unions representing the self-employed and the third sector — not traditionally unionised sectors — have seen increased recruitment.

The value of campaigning with a collective voice shines through at times like these, and as the economy is opening up it’s clear that the individual support trade unions give — from advice on safer working practices, rights at work and navigating fear and uncertainty — is more relevant than ever.

Tapping into that and working together with trade unions is a huge opportunity for many business. And vice-versa.

So, what are the benefits of a better relationship between business and trade unions?

Is conflict the only relationship?

After all, jobs, welfare and productivity are all interlinked with the success of a business. And a focused and engaged workforce is half the battle in corporate success.

At a micro-level, a good relationship between employer and trade union benefits both. It brings avenues to resolve potential conflicts, employee relationship issues, or more challenging issues like restructuring much more into play.

Relationships, trust and understanding agendas are key. You will get a much more productive discussion on pay and conditions with a strong and engaged trade union rep than if there is no one playing that role. I certainly found that when I was negotiating pay deals and changes in allowances on behalf of the Labour Party with the recognised union reps. The right solutions were found that benefitted members and the organisation.

Likewise, bad relationships between trade unions and business can be corrosive.

With the multiple challenges in workplaces that flow from the economy opening up again and the return to work- never mind the health and safety challenges or the effects of lockdown on mental health — it’s never been more important to reset relationships.

Adversity is a given in employer-trade union relationships, and different issues will always call for different approaches.

While there will probably always be a need for campaigning approaches against bad employment practices such as fire and rehire, constructive work behind the scenes has an equally valuable role to play of mutual benefit.

Different unions pursue different strategies and approaches publicly and privately, both politically and in the workplace. And different employee reps — from lay representatives to paid officials — have different styles and different approaches.

For businesses that do not have a recognition agreement with a trade union- maybe now is the perfect time to consider whether they need to address that gap?

Trade Unions advocating for business, for an industry or for a sector or on the same agenda is a powerful alliance. The impact that makes for shared interests is inevitably bigger than campaigning, advocacy or lobbying that happens in isolation.

And is there the potential to go even further by business expanding governance models to include staff? As my colleague argued in his recent insights piece on the lessons from the European ‘Super’ League, football governance can provide a sense check where some clubs with fans involved in their boards sidestepped the failed move.

Various incarnations of this idea from fans on football boards to staff representatives on company boards have been mooted, including in political manifestos.

But there are many positive lessons from the Co-op model, where like many Co-op Group members I have just voted in the member director ballot (and, as an aside, also to maintain the link between the Co-op Group and the Co-op Party).

The potential benefits for future Corporate Governance models deserve another look — from avoiding pitfalls to the bigger prize of harnessing the power of closer working between business and their staff and trade union members.

That could provide an even bigger opportunity for business in the ‘new normal’. 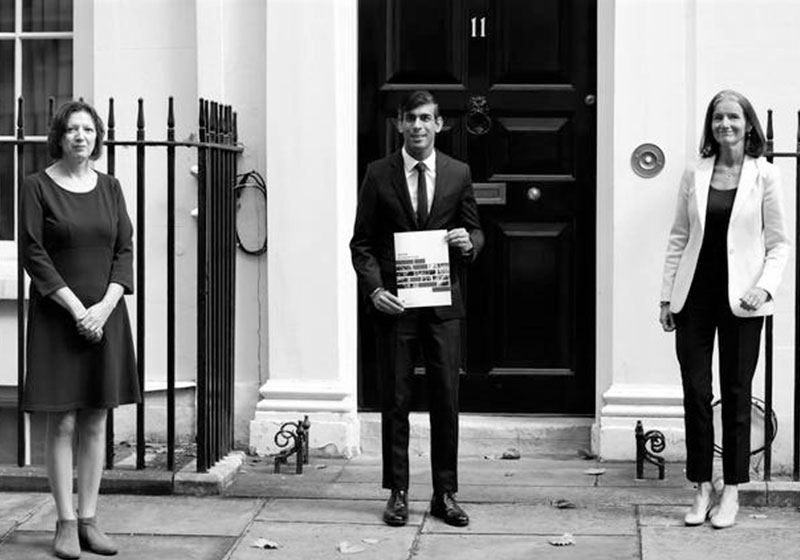